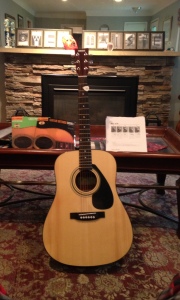 The most remarkable thing about me has everything to do with my two children – The Dude and The Daughter.

The rest of who I am puts me in below average company with the other 7 billion occupants of the Planet Earth.

My greatest distinguishing feature is my dogged determination.  In pretty much everything.

That’s a learned trait from the knowledge that my C minus intellect was likely never going to propel me to the top of any heap in America.

That doesn’t mean I haven’t enjoyed my personal version of the American Dream.  I have.

I have had amazing professional and personal journeys.

Along the way there have been abject failures and disappointments.  But, I wouldn’t trade any of them for any of the success I have had along the way.

I am roughly two weeks out from my 52nd birthday.  In a few days I will compete (overstatement) in my first Triathlon.  To be honest it is something called a “Sprint” so it’s not as though I am doing an Ironman.

I have also signed up to a “gravel grinder” bike race with the moniker of “The Filthy Fifty” and look forward to the annual “Fall 50” relay race in Door County that has become a part of family tradition.

Sprinkled in all of this will be the Birkie Trial Marathon Relay, the Fat Tire Bike Race and the culmination of my middle-aged insanity – The Birkie ski race in February.

A couple of weeks ago I decided to take guitar lessons.  While I have had some minor ability to plunk the guitar I felt that I was mature enough to perhaps have enough discipline to learn a more formal method of playing guitar.

Like actually learning notes and the proper finger placement for chords.

For the better part of two weeks I have been obsessed with achieving the proper finger placement and sound of the B7 chord on the guitar.  With raw tipped fingers I keep thinking I am closing in on adequacy only to find myself silently cursing my inability to replicate any modicum of success with the chord.

Three out of four of the strings sound like music.  The final one sounds like a wounded parrot.

Not that I have ever heard the sound of a wounded parrot.  But, if there was a common sound of one I have well achieved it.

I am determined to get that chord right.  I have tried to cheat my fingers into position to get the sound right.  But that only results in greater frustration and a sense that I am violating some guitarists code that I will come to regret later in my guitar playing education.

I dream about that chord.  I can see my fingers in their almost arthritic posture trying to force the tips into order.  As I drive to the office I imagine a flawless interpretation of the B7 chord resulting in a chorus of cheers from the neighbors who have listened to my tortured efforts on the front stoop of my house.

It’s a puzzle to me.  It is also the kind of challenge that is dangerous to me.

I know that I am not going to rest until I get that chord down right.

The victims of my dogged determination will not just be the occupants of my house but my neighbors who will hear me start.

And, repeat about three dozen times until I take a break and start all over again.

I gave up the dream of being a professional musician long, long ago.

The stark realization that I am tone deaf and that my vocal chord range is only slightly below that of a wounded parrot came to me at an early age.

While my voice soars in the comfort of my truck it does so at decibels that can’t compete with the speaker system in my Suburban.  So in my truck I can be Sting, Michael Jackson, Neil Diamond, Cher, Lady Gaga and Bon Jovi – often during the same song!

I find myself anxious to get back on the guitar and attack that B7 chord.  Convinced that watching the YouTube videos and reading chat forums on the proper way to combat B7 dysfunction without a little blue pill are the key to success.

It has always been this way with me.  I don’t know any other way.

Someday I hope to fulfill my dream of a perfect sounding B7 chord – followed by an E7 – and every other chord that requires the use of more than two fingers.

Until then, please excuse the sound.

It’s not a wounded parrot.