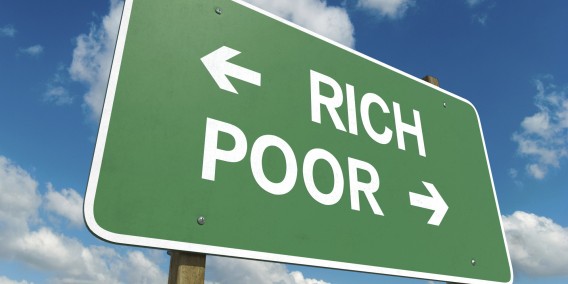 While policymakers in St. Paul have been obsessed with implementing costly initiatives that make St. Paul an economic outlier they have focused very little on the real measure of economic health for the city’s minority community.

In particular, the fact that far more African American families in St. Paul continue to find themselves on the short end of the stick when it comes to economic opportunity in the city.

According to the Economic Policy Institute (EPI) post by Economic Analyst Janelle Jones “Wealth is a crucially important measure of economic health. Wealth allows families to transfer income earned in the past to meet spending demands in the future, such as by building up savings to finance a child’s college education. Wealth also provides a buffer of economic security against periods of unemployment, or risk-taking, like starting a business. And wealth is needed to finance a comfortable retirement or provide an inheritance to children. In order to construct wealth, a number of building blocks are required. Steady well-paid employment during one’s working life is important, as it allows for a decent standard of living plus the ability to save. Also, access to well-functioning financial markets that provide a healthy rate of return on savings without undue risks is crucial.”

It should not be, then, surprising to know that African American families fall well behind white families when it comes to wealth and, to that end, economic health.

In 2015 the Urban Institute released a report that underscored the vast differential between white families and African-American and Hispanic families when it came to retirement families.

To be sure we need to focus on ensuring a fair wage for American workers. As someone who has long supported increases in minimum wage I am not against focusing on increasing the federal minimum wage.

However, the scattered approach to increasing the minimum wage cities like Minneapolis and St. Paul may make politicians feel good it does nothing to strengthen the accumulation of wealth and, thusly, economic health for minority families.

There are, however, specific things that can be done to put more wealth into the hands of minority families.  Things that will have long-lasting impact and create a situation where minority families can realistically expect to achieve their slice of the American Dream.

Home ownership is clearly one of the underlying differences between the wealth of white Americans and African-American and Hispanic Americans.

For most white Americans, the bulk of their wealth is tied up in their home.

It is imperative to focus on how minority Americans can build wealth through home ownership.

Federal tax policy is another area that needs to have focus if we are to reduce the gap between white America and African-American and Hispanic Americans.

For white Americans who are homeowners the mortgage deduction is a significant economic boost for them.

And, while the Earned Income Tax Credit is seen as being a tremendous boost for low income Americans it still benefits white Americans far more than it does minority families.

More broadly, according to a story in The Atlantic which quotes Dorothy Brown, a professor of tax law at Emory University, some of the credits, deductions, and rules that provide windfalls for families at tax time give white families more of a boost than black or Hispanic ones.

“Tax law is a political, a social, and an economic document. So of course there are going to be racial disparities.” Brown says. “To say, ‘the tax law is neutral’ is just nonsense.”

How we encourage minority entrepreneurship is another area of focus we should consider.

If one agrees that wealth accumulation is directly related to one’s economic health then finding ways for minority families to accumulate wealth has to be a priority.

Increases in the minimum wage do not increase wealth.

Creating an environment in which high wage jobs can be created in a community like St. Paul must be a key factor in closing the wealth gap.

One way to do that is to increase minority ownership in business throughout the City.

I’ve proposed two potential ways to do that in previous blog posts:

The key to unravelling the cycle of poverty and the yawning divide between white America and African-American and Hispanic families and other minorities isn’t in continued battles over whether St. Paul and Minneapolis do or don’t increase the minimum wage.

That’s small thinking and it provides cheap solutions that do not create long-term positive impact on the families that politicians pushing these initiatives claim to want to help.

The key is putting more wealth into the hands, and bank accounts, of minority families in our community.

That closes the gap.  That opens the doors.  That builds the American Dream.