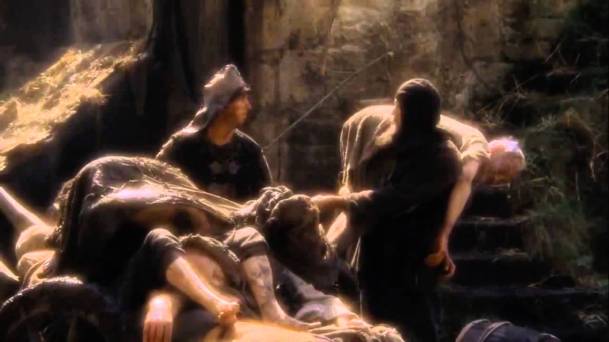 Tom Petty was not my favorite musical artist of all time.

His music entertained me.  I enjoyed the songs that made it to the radio in my youth.  In my middle-age I am now more likely to hear Tom Petty on a radio station formatted for “classical” music than I am stations targeting younger, hipper audiences.

This Monday stories began to circulate that Petty had suffered a massive cardiac arrest.  Based upon any number of reports on the internet I began seeing mentions of his predicament, followed by a growing sense of alarm that his condition was untenable for life.

At some point in the afternoon at least one news outlet reported that Petty had, in fact, died.

From the first initial reports of his death my Facebook feed was filled with people declaring their shock and grief over his death.  Other posts spoke of the impact his music had made on people’s lives, a concert they had attended or some other aspect of how his life had impacted their life.

I don’t write this post today because Tom Petty’s music or his life somehow changed mine in a meaningful way.  At least not in any particular way that I am aware of over the past 54 years.

I write this because his life.

Then, his not death.

Followed by his actual death.

All of this macabre drip of a man’s final moments of life became a sideshow for the media that couldn’t, didn’t and wouldn’t get it right.

I admittedly commented, wryly, that the situation was comically tragic as if a Monty Python film in which the character proclaims, “I’m not dead, yet!”

Only to be followed by the retort, “You soon will be!”

Tom Petty’s daughter, understandably angry and horrified by the news reports that declared her father dead despite the fact he was clearly not, expressed her anger as any daughter would:

According to a story on CNN his daughter, in response to a report in Rolling Stone Magazine posted:

“My dad is not dead yet but your f***ing magazine is.”

I assume my adult readers, and some of my teenage readers who would never swear around their parents, understand that the asterisks are supposed to make the actual word she used read more politely.

She went even further in her outrage by posting, again, according to CNN:

“How dare you report that my father has died just to get press because your articles and photos are so dated…This is my father not a celebrity. An artist and human being.”

A minor point of clarification is needed here.  Tom Petty was, in fact, a father, an artist and a human being.

He was, also, a celebrity.

Which, of course, in life that celebrity, along with his art, made him famous, wealthy and a successful musician who made music that millions across the world have come to enjoy.  And, for some, impact their lives in a profound and meaningful way.

That status, as a celebrity, also took from him, at the end of his life, his dignity as an artist and a human being as the news media fought for the right to be the first to report his death.

Even though he was not, yet, dead.

CBS, the former news station of the famed journalist, Edward R. Murrow, which was one of the first to report Petty’s death, did not possess the dignity itself to acknowledge its horrific error of judgement – and accuracy.

Instead, they, seeking to deflect blame for their failure of journalism had this statement after it became clear that they were factually wrong about their report.

“CBS News reported information obtained officially from the LAPD about Tom Petty. The LAPD later said it was not in a position to confirm information about the singer.”

Long before the days of instant communication on the internet the news media operated in a manner in which accuracy was not an inconvenience to their craft, but was at the center of it.

Television and movies have shown us the stories of legendary reporters wanting to go to print, or run a story on the television or radio news, only to be told by their editor to make absolutely certain their facts were straight.

That it wasn’t important to only to be first.

It was perhaps even more important to be right.

We live in a day and age where we have been told by the same media that there is other media which is distributing “fake news.”

Ironically, it was the “mainstream” CBS that first posted fake news about Tom Petty’s death.

The “not mainstream” media of TMZ posted the accurate information about Petty’s health crisis – and only after it was clear he had passed did they acknowledge his death.

A twitter post by someone carried with it a powerful and troubling denunciation of how the press handled the story surrounding the singer.

“It’s very difficult to tell if Tom Petty is dead or not, but it’s pretty obvious journalism is.”

I have impressed upon my children time and time again to never accept at face value what any news story reports about anything happening in the world around them.

It is important, I intone to them, that they look at multiple sources and try to figure out if they can validate a story before they can feel confident that what it is they read, saw or heard is true and accurate.

Long before I had to implore my teenage children to “measure twice, cut once” when it comes to their consumption of information things were less difficult when it came to “the news.”

I long for those days.

No matter how fake the news was about your death your life, your world and your music was very real.