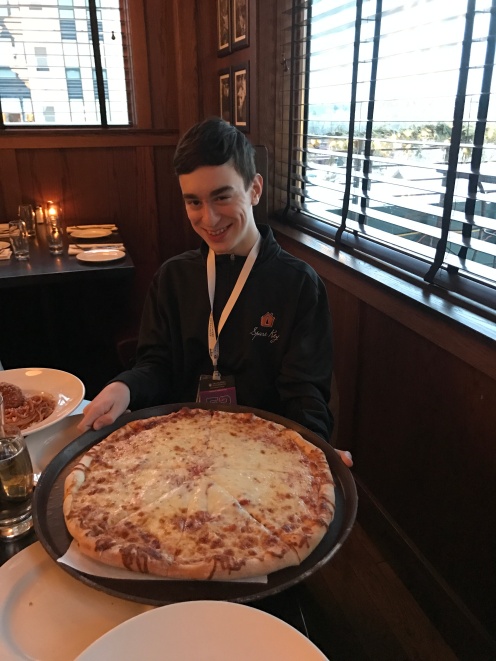 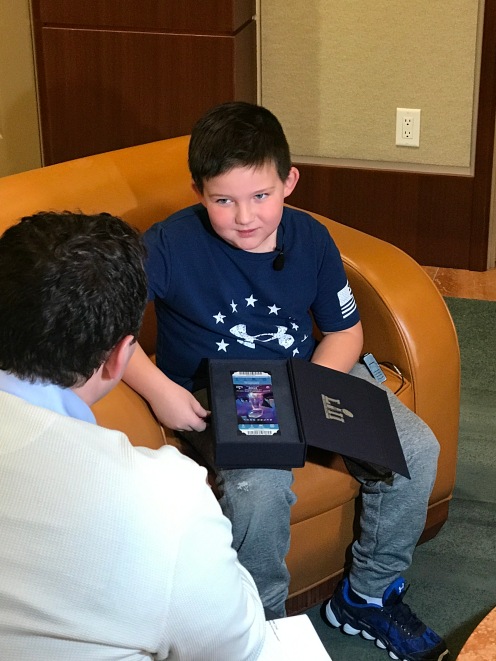 So, something amazing happened in Minnesota over the past few weeks.

No, not the Super Bowl.

Although, that was pretty amazing.  I watched some of the game. The best parts, only.

Which is kind of what my Super Bowl experience has been like the past few weeks.

The best part wasn’t the game for me.

It was everything that led up to the game.

Over a month ago I received a call from a Spare Key Board Member asking if our organization could put two Super Bowl tickets to good use.

She had eight really smart ones.  And, with me, she had to settle for the one with average brainpower.

Even saddled with a C-minus intelligence I knew we could do some good with those Super Bowl Tickets.

And, people bought them. From all over the country, as a matter of fact.

Friends, like Dick Anfang, who I hadn’t seen in forever called me on the roof of Anchor Paper and said, “I want one” and we proceeded to talk about the days we were crazy enough to blow the whistles of the Titanic in front of a couple hundred thousand people.

Sure, there were people who wanted to win those tickets so they could go to the game.

There were also those people who just wanted to help.

$43,000 later they helped a lot more families who have a sick or injured child in the hospital.

One of those people who bought the ticket so he could go to the game had his heart broken when the Vikings didn’t make it to the big show in Minneapolis.

He went online and found someone in New Jersey whose own heart stood up against the breaking disease of cancer and its brutal impact on the human spirit.

That boy, he decided, needed to go to the Super Bowl.

Yesterday, that 13-year old boy went to the Super Bowl and his team won.

He didn’t go alone.  He went with his Dad.

But, he also went with the kindness and generosity of so many people it is hard to count them.

People who didn’t know him beyond the story his local media told about him.

Those strangers came forward and made a friend they will likely never meet– but who they know walked away from a football game with a memory nobody – or any disease – can ever take away from him.

Another story unfolded that had to do with a 7-year old boy whose Dad died a Hero.

This much I remember about being a 7-year old boy: If given a choice between my Dad being a Hero in Heaven or my Dad being just a Dad on Earth I would have chosen him here with me every morning I woke up.

Against a backdrop of that loss is a determined Mom and wife of that Hero — she, and that same little boy, are no strangers to the kindness of strangers, either.

In a law office in Minneapolis I witnessed lawyers and those who work for them perform their own act of kindness by giving him and his Mom a chance to go to the Super Bowl and watch his favorite player on the field of U.S. Bank Stadium.

Reporters from every Twin Cities television station were there.

More than a few of them wiped away a tear as they watched a little boy open a box he thought was filled with Legos tear off the gift wrap, smile and look at his Mom and say, “We’re going to the Super Bowl.”

I also saw a young woman, whose own brother left this world a Hero, talk to that 7-year old boy.

Her spirit soared for the part she played in lifting his spirits.  She smiled when she talked to him and asked him how he was doing.

I think her own heart was healing a bit at that moment.  I like to think it was.

Maybe I teared up a bit.  Maybe I didn’t.

But, it’s not my eyes or heart that this post is about.

We live in a tough and sad world at times.  Too often harshly touching those who have already seen too much toughness and sadness.

It’s easy to forget that each of us started out as a baby boy or baby girl.

I also saw kindness and warmth in the hearts of thousands of people over the past two weeks who took the time to cheer them on – pay it forward – celebrate their moment of joy.

Throughout the past 3-years there have been thousands of strangers who came together to make sure the Super Bowl that a boy who fought cancer and a 7-year old boy who lost his Dad got to go to.

Without them there was no phone call donating Super Bowl Tickets.  There is no kind stranger donating them to a boy in New Jersey.  Or, lawyer giving them to a sweet 7-year old boy.

No sister of a brother gone too soon finding a way to turn sadness to joy.

Nobody directing anybody on the streets or in the skyway to the right place.  Helping them up the steps at a concert.  Opening the doors to a stadium.

Opening their hearts to strangers.

What they really did was start the journey for two boys – who will never know one another – but who have touched the hearts of everyone they have met – and those they will never know – to a football game.