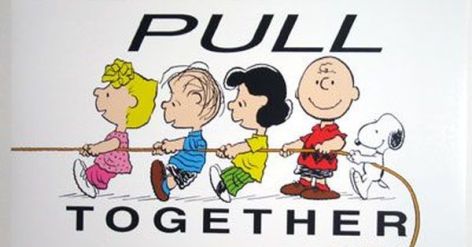 These four words were spoken this morning on the final block of my drive to the office.

As I came to a stop light I noticed a man in a wheelchair being furiously pushed by a man behind him — trying to get him through the snowbank that had built up on the ADA accessible ramp on the downtown City of St. Paul sidewalk.

Putting my car in park I jumped out and began to help the one man push and pull the wheelchair to get it up off the road, over the snowbank, and onto the clean portion of the sidewalk.

Seconds later another man showed up, looked at what we were doing and said:

In no time the three of us strangers were able to help the stranger in his wheelchair up and over the snow and onto the sidewalk where he promptly thanked us and motored away to the bus stop.

I write this post this morning in no way to draw attention to my role in this morning’s experience.

But, to draw attention to the first stranger who came upon the stranger in the wheelchair who began the cycle of Good People Doing Good Things this morning.

He didn’t have to stop.  He had places to go.  But, he did.  And, he brought the man in the wheelchair as far as he could by himself.

My role was to try to get them to the next place they needed to go.

Yet, it was the final act by the final stranger who came forward to remind us that if we all “pull together” we would get to the place the stranger in the wheelchair needed to go.

Once the man was on his way the three of us strangers simply walked away — one to the bus stop — the other to the other sidewalk — and me to my car.

We didn’t save the world this morning.

But, we hopefully helped save the morning of the stranger in the wheelchair.

And, I learned, once again, there are Good People Doing Good Things all the time.

It’s a good reminder for all of us.