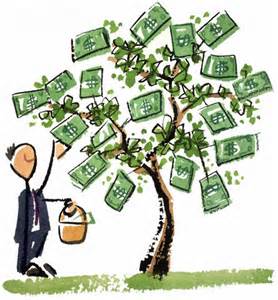 Yes, there’s a joke in that headline.  Not a particularly funny one given that the punchline is likely to mean even more taxes for St. Paul residents.

The City of St. Paul is proposing a 7% levy increase in property taxes – Ramsey County is considering a 2.8% and now comes the St. Paul School District proposing a levy of 5%.

So, if a 15% property tax tree grows in the woods of St. Paul is there a Fiscal Conservative of Fiscal Moderate candidate for Mayor who will chop it down?  Or even trim it?

Who knows as there has yet to be a loud public voice of dissent among any of the announced – or talking about announcing – candidates for Mayor.

Yes, I know the current Mayor Chris Coleman has not yet publicly declared he is not running for re-election.

But, most political observers and people who think they know these things don’t believe he will wage another campaign for Mayor.

With that in mind it is becoming more and likely there’s going to be about 57 candidates running for Mayor.

Thus far not a single solitary one of them has said anything publicly about the fact that residents of the City they hope to lead are looking at a nearly 15% increase in their property tax levy!

Think about that.  When was the last time you got anything that was a 15% increase that was good in your life?

Why isn’t there a voice for fiscal conservatism, or even fiscal moderation, raising their voice on the City Council?  The Ramsey County Board?  Or, for that matter, the St. Paul School Board?

Um, because there aren’t any, that’s why.

Now, those who are defending this massive increase point to the fact that all of these increases will “only” increase the actual tax on a $161,200 media-valued home by about $81 a year – or about $7 per month.

Sounds great, doesn’t it?  All these great things government will do for us and it only costs about $7 more per month.

The shiny ball in the room you are being shown when it comes to the increase in your property taxes is blocking all of the fee increases we have seen over the past decade in St. Paul.

If you don’t believe that increases in city and county fees, along with the sustained and repeated increases in property taxes over the past decade, don’t add up then you need a new calculator.

Now, don’t get me wrong.  I don’t believe in gutting our government, nor do I believe in providing necessary government services with one hand tied behind one’s back.

But I also don’t buy for a moment that any of the three units of government looking to increase our property tax levy by nearly 15% have even scratched the surface of trying to reduce the cost and size of government and still deliver high quality, necessary and vital services to our community.

The threats of firing cops, laying off firefighters or all of the other sky is falling rhetoric from those looking to increase our taxes is, frankly, baloney.

None of that would have to happen if they took a step back and examined the difference between politicians “wants” and taxpayer “needs.”

Somewhere in that review they would understand that we don’t need a 15% property tax levy increase and we would still get the necessary services we need – the investments that are required to have a quality public education system – and keep the social safety net we wish to have for those who are facing hard and difficult times.

Yet, to date, there is not a single voice of a leading politician – or candidate for Mayor – who has stepped up and said “No.”

However, for those declared and thinking about declaring candidates for Mayor there appears to not be a single fiscal conservative or moderate.  If there is, or was, one would think we would have heard them saying “No.”

Heard them saying this is outrageous.  This is horrible.

Perhaps those candidates who oppose the increases are afraid it will cost them votes for an endorsement for Mayor?  Maybe friendships?

It’s an interesting thought.  It’s also bad politics and underscores why St. Paul is in desperate need of someone to emerge to stand apart from the crowd that seems to believe that money doesn’t just grow on trees – but in our wallets, purses and pocketbooks.

So, I ask you again, if a 15% property tax tree grows in the woods of St. Paul is there a fiscal conservative candidate for Mayor who will chop it down?

Or even a fiscal moderate candidate for Mayor who will trim it?

The answer seems to be – No.